Most people know there was a big Apple event today, unfortunately only a couple sound bites will make it out to the average person via the mainstream media.  So I am going to attempt to break it down for the masses.  I am going to go in order of how it effects people and also what they are going to care about most.

The operating system of the iPhone, iPad, iPod Touch and Apple TV has now been around for 4 years and is getting a ton of new features this fall in its fifth major version

Of course this is only a subset of the many features, like full Twitter integration, iMessages, Newsstand and many more which can be found at the Apple iOS 5 Page
iCloud
I think iCloud is one of the most interesting things to be announced today, but also probably one of the most confusing.  Up until now Apple has offered an online service called, MobileMe. It is a paid service that provides users with an email address, and also access to a cloud based calendar, mail service and contact application.  It costs $99 a year and had limited success.  The service did integrate well with iOS and provided one of the first methods of getting data pushed out to iPhones. 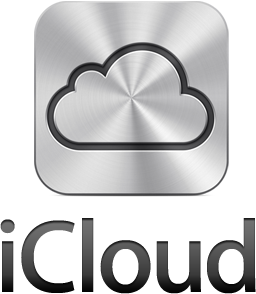 The new iCloud is MobileMe reborn, but with a couple new features and its free!! Once again you get email, calendar and contacts as with MobileMe, but with iCloud you also get storage of documents and the backups of your device contents.  You can also download any apps, books and music you have purchased from Apple from any of your devices whenever you want.  So if you own the latest Lady Gaga album, but don't have it on your iPhone you can go to the iTunes app and download it to your phone for free.  Finally there is a new PhotoStream feature that will sync your Camera Roll across all your devices including your Mac.  So if you take a photo on your iPhone it will automatically go to the cloud and then appear in the PhotoStream album on your iPad and also in iPhoto on your Mac.
Okay so that's all good, a bunch of stuff will automatically get saved somewhere and then be synced across multiple devices.  I am looking forward to syncing photos across devices and also being able to download purchased content, but as for the documents (I don't use any of the iWork stuff) and mail stuff I don't think I will use it.
It doesn't stop there though... there is one more thing which you will probably hear the most about in the news, but will not be reported on correctly.  The iTunes Match service is going to read all of the music in your iTunes library including all the stuff you spent hours and hours ripping and will match it to music in the iTunes Music Store.  For the price of $25 a year you will be able to access all of that music from any of your devices.  So if you were a huge Aerosmith fan and had 15 of their CD's imported into iTunes you will now have access to all of the CD's from your iPhone without having to actually have them on your iPhone.  The best part is you actually have access to the songs on the iTunes store which are most likely in a better quality format than what you have.
The big question with iTunes Match is; What happens if you decide not to renew your subscription?  Will you get to keep the new and improved quality versions of the song?  I am still on the fence about this, but it would be nice to get more up to date audio quality and also would be great to have it all backed up to the cloud.  More information can be found at the Apple iCloud page.
Lion

Finally I will briefly talk about the latest updated to Mac OS X, called Lion.  I don't think there is anything new to report since February.  The big deal being made about this release is how Apple has taken functionality from iOS and brought it back to the Mac.
Find more at the OS X Lion features page.
Posted by Keegan at 6/06/2011 09:51:00 PM