Getting Video into iMovie on the iPad without iCloud

A few months ago I wrote a post, My Kingdom for a Local iPad Data Store, talking about how I wanted to be able to use iMovie on the iPad to edit my drone videos. The problem was that in order to get the videos into iMovie they had to be in iCloud Photo Library or in iCloud Drive, but I didn’t want them to be uploaded and then maybe downloaded from the cloud because they are large files. Over the weekend I had an epiphany and figured out how to work around this by doing some offline file shuffling.

The iCloud Drive/Files storage part seems a bit excessive, but was necessary because any videos imported to iMovie from the iCloud Photo Library stop working if you delete them.  Importing from iCloud Drive/Files on the other hand puts a copy in the iMovie app's local storage.
Posted by Keegan at 8/23/2017 07:18:00 AM No comments:

Last week we had a private funeral service for my father and here is the eulogy I read:


Bill, my dad, was many things to many people.  He was a storyteller, lots of fun to be around, hard working, resilient, happy, kind and the list goes on and on.

One thing we all were familiar with was his ability to tell a story.  Some of the stories were adventurous like the time he was riding a bicycle built for two through the center of town and got pulled over by the police or the time he fired a cannon off in front of the police station and freaked all the officers out inside.

Another type of story he loved to tell was the accomplishment type story like driving up and down Mt. Washington multiple times, or driving to Keegan, ME just to see what was there or racing a car with his drone and winning or how he had the fastest stock motorcycle in the world and he got it up to some ridiculously unsafe speed or having driven to every state in the continental US.

The other type of story we seemed to hear more than any other involved the injustices he suffered, like being nailed to the roof by his brothers or how my mom had a new car every year they were married.  He had a lot less of those type of stories in recent years, because he was happy.  On the rare occasion he did have a new one it always made me laugh when Anne would call him out and set the story straight.

Every once in a while you could get a life lesson from a story, well besides don’t drive 165 MPH on a motorcycle, one that changed me for the better was from a trip we took to Washington DC when I was a kid.  We were in line at this fancy hotel and the woman in front of us was complaining about something to the receptionist and my dad patiently waited his turn in line.  We finally got to the front of the line and my dad made a funny comment about the complainer to the receptionist.  She thanked him for his patience and upgraded us to an amazing room overlooking the city.  Sometimes being patient and funny pays off.

The stories were almost always exaggerated in some way, but that is what made him a great story teller.  I am thankful to have picked up this skill from him and look forward to passing on these stories and many more.

My Dad Passed Away

My dad passed away a couple weeks ago and the site with the obituary is crawling with ads so I wanted to also post it here. 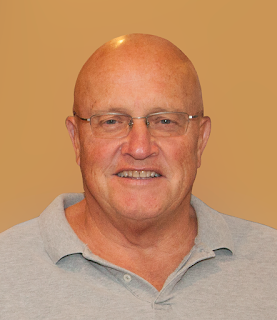 William D. Sands, 67, of Kingston, NH and Viera, FL, and longtime resident of Amesbury, passed away in his home on Thursday as a result of cardiac issues.

Born in Amesbury on May 31, 1950, he was the son of Francis Sands and Simone Sands. He remained in Amesbury most of his life, and had various jobs that made use of his mechanical and technical skills and abilities, until his retirement from his career as a medical device technician. After retirement he moved his primary residence to Viera, Fl, where he enjoyed the sunny days, flying his drone, and the resident alligators.

Bill was known for his sense of humor, and could always be counted on for a story and a laugh. His love of travel brought him all over the United States. He loved to drive, and was always exploring, whether on a motorcycle, in an RV, or in his much-beloved Smart Car. Bill was an enthusiastic grandpa, and was known for his “Pepe hugs”.  He will be deeply missed by his family and friends.