My wife and I recently decided to go on our first parents only vacation to Puerto Rico. Now like any true geek dad, near the top of the required list for any vacation is the camera and the laptop (anything else can easily be replaced). Over the years each of these items has improved to bring us to the killer pair of a Canon Rebel T1i and a late 2006 MacBook, today.  Since we were trying to pack extra light I thought it would be the perfect time to try to go laptop free for a vacation. Note I said laptop free, but not tablet or smartphone free.  The iPad 2 and iPhone 4 rarely leave my sight and this trip would be no exception.  The iPhone would help us navigate the island and also let me tweet all about our vacation.  The iPad 2 would be my all purpose media source (books, movies and games) and more importantly using FaceTime we could video chat with the boys back at home. 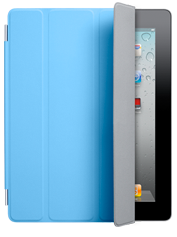 So the first problem of video chatting was solved, by the iPad 2.  However, I still had two other problems to overcome before I would truly be able to enjoy my vacation.

Problem 1: No WiFi
It may be hard to believe, but after calling the hotel we found out that each room had free wired internet access, but WiFi was only available in common areas.  As much as I would love to do all my video chatting from the lobby of the hotel and all my web browsing on my phone over 3G; I had to get WiFi in the room.  I quickly ruled out lugging my Airport Extreme on vacation, so I quickly searched for travel modems and found the Zoom 4506 3G Travel WiFi Router. 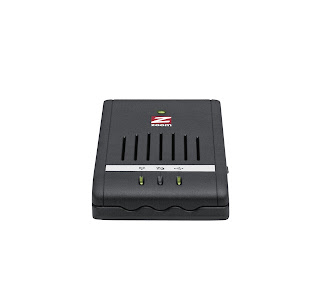 It is a small WiFi router with an internal battery and also relatively native support for 3G data modems.  Most of the reviews were good plus it was only like $75 so I took a chance.  Once I got it home I set it up and began testing.  It was pretty easy to set up and after all my testing I was ready to go.

Problem 2: Downloading Photos from the Camera
The one thing I like to do on vacation is to upload photos while we are on vacation, to show friends and family what we are up to and also to take care of the work of doing while I have spare time.  Again the iPad 2 doesn't have native support for uploading photos from a camera.  Of course there is the Apple Photo Connector from Apple for $40, but I make it a point to avoid buying Apple brand adapters if possible (too expensive).  Lucky for me the Eye-Fi company had just announced a new version of their iOS application that would allow "Direct Mode" transfers from certain Eye-Fi cards.  Basically what this means is if you were out in the middle of the woods the Eye-Fi card can set itself up as a WiFi base station and the iOS device can connect to the network for transferring photos.  The previous version of the app supported transfer of photos, but it would only work if both devices were on the same wireless network. Since I also needed more storage space for my camera this seemed to be the best route.  For only a little more than a standard 8GB SD card I picked up the Eye-Fi Pro

Once the Eye-Fi card arrived I also did some dry runs with it at home.  The setup on this was a little more complex and took me quite a bit longer than the wireless router.  The one thing I found most frustrating was the apparent limitation of linking the card up to only one iOS device in direct mode at a time.  I was able to get both the iPhone and iPad configured to connect in Direct Mode with the card, but once I shut down the wireless network only one of the iOS devices would receive photos.  I don't exactly know why it works this way, but I have to assume there was some good reason for it.  In the end I had it working as I wanted prior to leaving.

In The Field
I packed all my essentials, made it through the stressful process of security at the airport and made it to our hotel in Puerto Rico. In practice the Eye-Fi worked flawlessly, the iPad quickly found it and the photos whizzed over the 802.11n connection.  When we were in the airport I actually turned on the camera, fired up the app and let the iPad download the photos while it was in my bag.  I think it took about an hour and a half to download 300 photos in RAW format (~15-20MB each).  I was very impressed with it and found it to be a great investment.

I didn't have the same luck with the Zoom modem. Initially when I plugged it into the ethernet port in our room it was connected, the iPad could get on the network, but couldn't reach the network.  I played around with the IP settings and eventually got it to work.  However, the next morning it didn't work again.  Let me disclaimer here that I think the problem was not with the router but instead with the network settings in the hotel.  In the end we were able to pick up WiFi in our room from the lobby so it worked out okay.

In the end I did drop the ball by not uploading any photos (sorry friends and family), but that was mostly because I was too busy relaxing.  I never really laid out a plan for how I would have done it, but I think Alex(@alexredsox) would say something about people having figured out how to do that and it would probably involve Picasa and email.